I was driving back from Missouri, which is about 7.5 hrs (400+) miles from where I live. I had some family members with me and they were just chatting away. Normally this wouldn’t be an issue, I would turn on music to ignore the chit-chat… largely I found the conversations disturbingly narcissistic and very much indicative of how I got into this mess in the first place. But, one little problem, the eldest member of this trip basically forbade the music. And, since she is A, my elder whom I was taught to respect, and B) my grandma who is still mourning the loss of her husband of almost 60 years… I caved. I couldn’t turn off the chatter. Eventually, after about 6.5 hours of this, I snapped. I don’t even remember what I did or said but I was a complete ass. My words, whatever they were, definitely were meant to cut. I think this is sort of how it is on these long journeys (mental, physical (corporeal and geographic), and emotional). Sometimes We are going along just fine and then it’s like all of a sudden, the pressure releases and we snap.

I have been beating myself up lately for gaining some weight back because I worked so hard to lose the weight that I lost. But this weekend my cousin took this photo of me while we were at the end of a 7 mile hike (which I wish had been longer) and I was surprised by what emotions and thoughts the photo actually conjured. 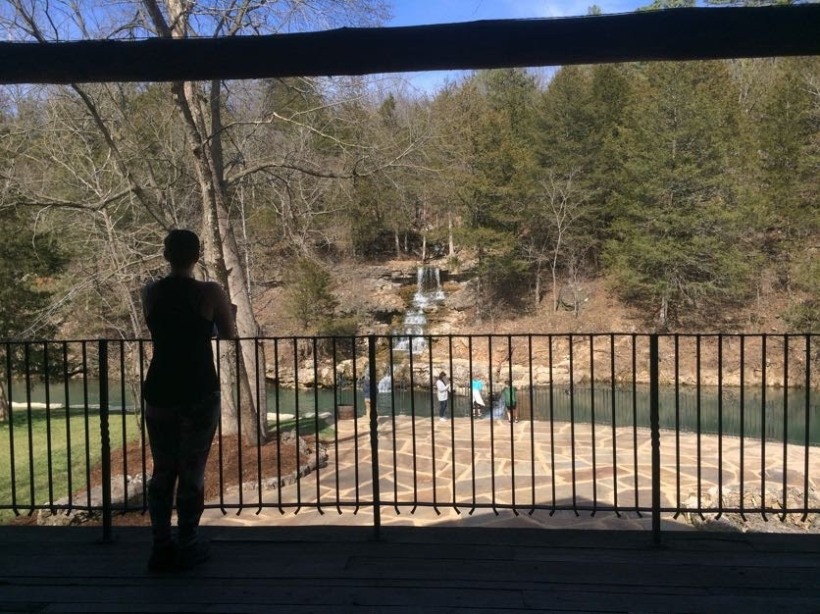 Knowing where my head has been, one might think I’d see all my extra flesh and be disgusted or annoyed or disappointed. Maybe one might think I’d feel like all my hard work went down the loo. Not the case. I saw this photo and thought, damn, I’m a shapely woman. And the thing about that thought was that it was associated with positive emotions. I felt good, pleased, maybe even momentarily happy. I’m shapely and strong. My body is capable and can do things I never even would have thought to try before. Like… the splits on a brick wall in front of a waterfall, because why not?! I mean, sure, it doesn’t make sense but… what about anything in life makes sense? 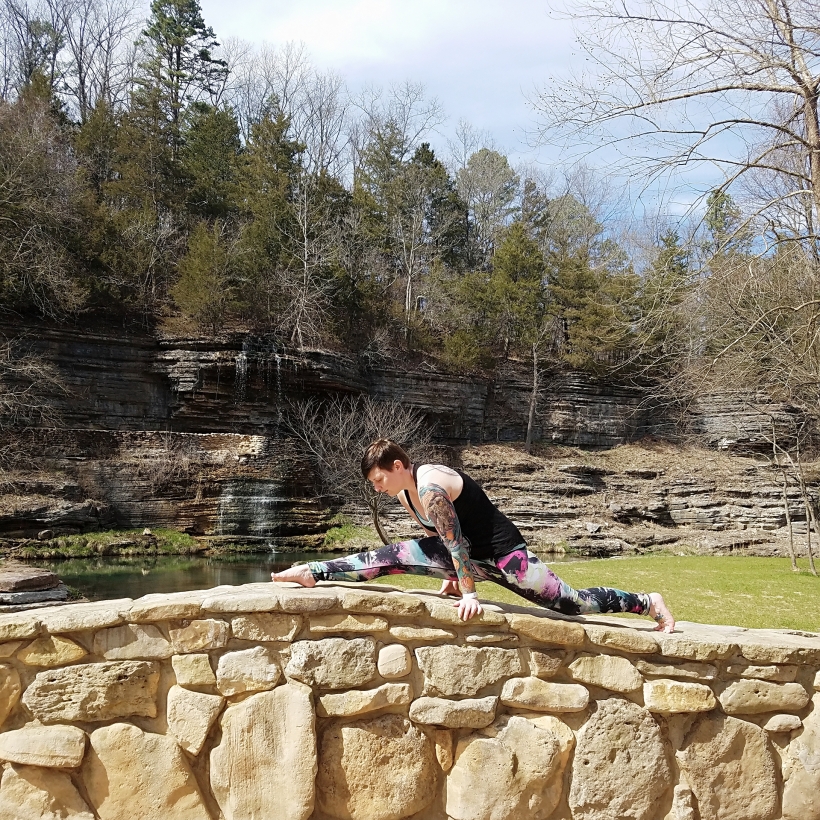 Let’s talk about that a little: the craziness of life and the intentionality with which I chose the second pic. This one was not chosen because it was the best picture (I actually have several of me fully in the splits) but because it seems so representative of my life right now. It’s all about the process and the unknown and having to rely on strengths I’ve never had to rely on before. I wasn’t sure I was going to be able to do the splits on brick because it’s porous and my feet caught on the material. I’m damn determined though, which you know if you know me, so I kept mindfully breathing through it; I used my arms and my core to support most of my weight; and I pushed myself slowly until I reached the damn goal (silly or not). That process, conquering the unknown, slowly, feels exactly like my life at the moment.

I changed my degree plan (so now it isn’t fully online which means likely moving jobs and moving cities). I “fired” my therapist because she didn’t seem to have my best interests in mind (so now I’m searching for a new one of those). I had a chapter tentatively accepted for publication in a book to be published by a university press (which could be a big deal, I don’t know; I have to make revisions). There is so much in my life in the air right now. And, I don’t know what will happen with any of it but I am breathing through it. I’m counting on my resiliency, my strength, my friends, my family (blood and otherwise), and the Universe to get me through, to help me find my way wherever this path of uncertainty leads me. I can’t tell you how uncomfortable all this unknown makes me… but I’m embracing it… I’m in it and I’ve just got to know I have a pretty good track record of making things work, some how! And I know that sometimes the best things require us to go through a whole mess of discomfort. So, I’m not dipping out. I’m not taking the easy route. I’m not beating myself up for who I am and how I am, inside or outside.

Because, as far as I am concerned (right now), I’m a freaking shapely, intelligent, stubbornly determined warrior woman! 😂😂 😂

17 thoughts on “Patience is Difficult on the Long Journeys”